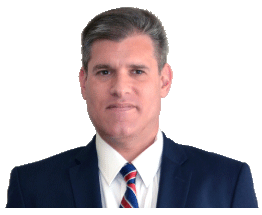 Listen on Apple Podcast or iTunes

Listen on your Android on iHeart Radio


what people are saying about the show:

"My word! What a delightfully elaborate story line. I have been following on the radio since around May of last year. Whilst scrolling through the internet I stumbled across this familiar voice. I then realized that it was The, KARL GERBER! I urge you to make it more apparent so you mass of fellow followers can also view your masterful story telling in full."

"Enjoyed watching the video. Thank you and good luck for the upcoming video."


"I urge you to publicize your Youtube Page more on the live radio so all can view the archives of the episodes. My wife and I both enjoyed tuning our old time vintage radio to Kabc while sitting on our porch drinking our homemade Arnold Palmers and watching the cars go by."

"This episode, rendered me, a grown man to tears at the beauty of this very story. Never had I heard such beautiful verse and prose. In all of my years of teaching at university I have never encountered a student with as much true wit and natural talent as you have exemplified here in this online media. Both my wife, Lydia and I were both speechless and dumbfounded by your mesmerizing tone. Never have I came across such a captivating speaker with such a broad tonal range, and with a voice as angelic as if The Holy One was speaking directly to us. I am unsure if you view your comments or not, but if you do, know that your talent has no bounds."

01/25/20 -
Episode 91 : -
Witch hunt and inquest by the seven managers regarding the Chief Executive Officer of Senate Music Publishing is explored.


12/28/19 -
Episode 89 : -
Shirtless Dreidel game gambles for Soldier's genital back at nuru massage clinic. Round 2 slip and slide inside. Molly Machete, a former water boarder of the CIA, rearranges the location of this high roller dreidel game so it occurs at the Lucky 7 Tarzana nuru massage clinic run by the World Famous Nuru Nurse, Nazuki. The Golden Massage Oil awards for nuru nurses all over the world is also being held at the Lucky 7 Tarzana the same night.


10/06/19 -
Episode 77 : -
Outrageous comedy discloses Jamie from Episode 23 is the contractor who used a repurposed condom to waterproof the mixed use building in the Hollywood Hills we have heard about on Episodes 70, 71, and 76. Dombass the incompetent employment defense lawyer ends up representing Jamie even though he picked off his employees to sue Jamie when Jamie was remodeling the Lucky 7 Tarzana, nuru massage clinic.


9/21/19 -
Episode 75 : -
Karl Gerber discusses the new California gig economy law when a real life example of a gig economy worker comes on the show. The gig economy worker is an animal impersonator and not a pet sitter. She receives a $1.00 unlocking fee and then $.25 every 15 minutes she cozies up to a variety of animals while dressed like that animal. This is sketch comedy at its finest on Episode 75 of the Karl Gerber, Workplace Lawyer Show on KABC AM790. This is Episode 75 broadcast September 21, 2019.


5/28/19 -
Episode 59 : -
Karl Gerber is concerned the incompetent employment defense lawyer Dombass showed up to the studio because the Mayor of Los Angeles is scheduled to come in. The mayor shows up. Gerber challenges his absence one out of every three days during his first term and the homeless crisis. After Gerber gives a Helms foundation's five billion in funding and 14 inches of endowment sponsorship plug, the situation begins to degenerate, but the mayor agrees to stay to talk about trade tariffs and the effect on Port of Los Angeles jobs, the MTA, and teacher's pay, but Gerber challenges the mayor's prep school background and tenuous claims about being Mexican.


5/7/19 -
Episode 55 : -
A hero sandwich who has a weird super power realizes his employer Miserly Cakes, Weird Shaped Pastas, and Tested Toilet Plungers has purchased close to 5 Billion dollars worth of ever growing berber toupees, that are actually nylon, from the evil Myron Alfombra pronounced Matting but spelled M'N'M.


4/21/19 -
Episode 53 : -
The Easter Bunny appears. It is determined that during dental school he broke and entered 18 Orthodox homes on the Sabbath, during Passover and drank 18 troughs of Kosher for Pesach wine.


3/17/19 -
Episode 48 : -
An imposter who achieved the rank crackerjack mountebank in the imposter's union attempts a late life job change as an apprentice embalmer for Father Rishi Yodinksy's mortuary.


3/10/19 -
EPISODE 47 -
Dombass, the disreputable employment defense lawyer, has a office to be remodeled.