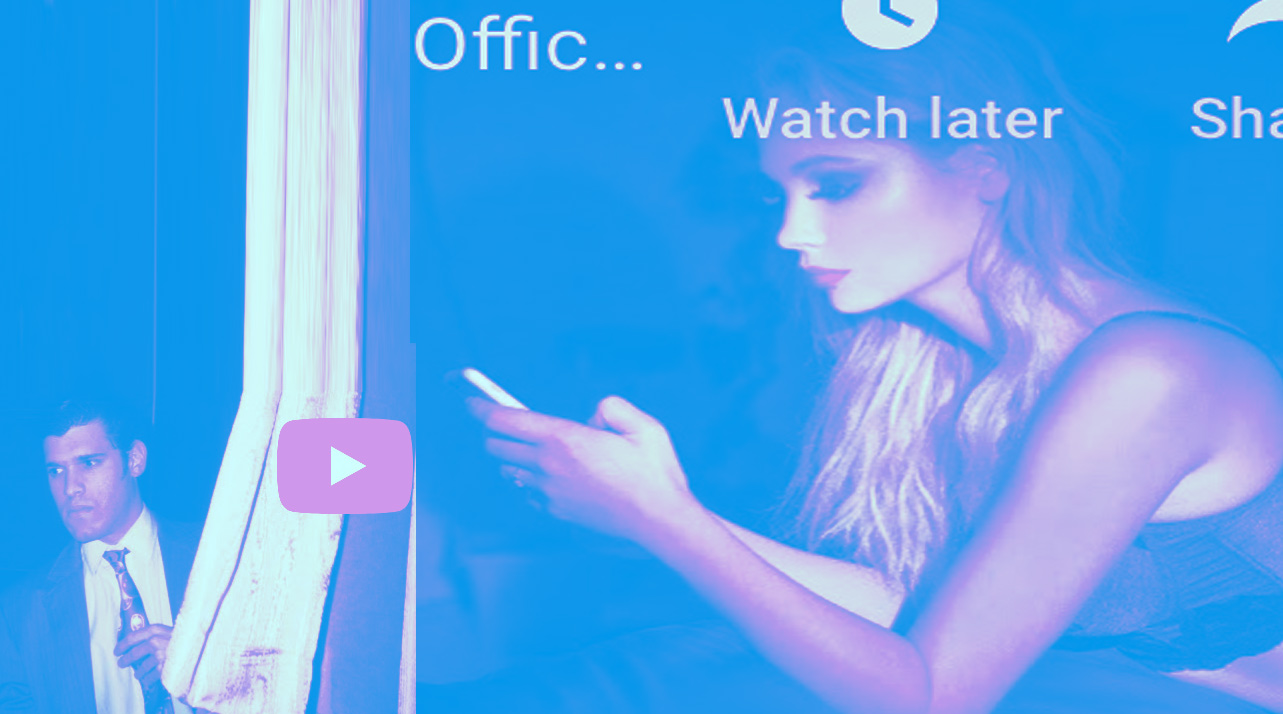 Famous landline phone sex operator Cindy D. breaks into Karl Gerber, Workplace Lawyer's office at midnight while he is making up parody songs about the coronavirus. He is summoned back to the crazy world of the most outrageous (and only) weekly scripted radio comedy show in Los Angeles where all guests are referred courtesy of Rhemus Helms, The Most Important Man of Sun Valley California who made his initial fortune when his genital got infringed. Dr. D. calls into the show and discusses the problems of unattended to offices during the Covid-19 pandemic. She mentions the absentee nature of her bio-engineering lab led to genitals that kept growing, and growing, and growing until one broke out of the storefront glass in Chatsworth and wrecked havoc from Chatsworth to Sun Valley, California where it found residency on the Rhemus Helms Cosplay Ostrich Ranch.

Gerber laments having to do the show at midnight instead of having great relations with clients and obtaining spectacular results for them as well as writing serious fiction since the show went on hiatus April 22nd. They heat you and get you ready for the real hardcore comedy after a few minutes. The jokes keep coming without any holds. This is Epsiode 111 of the Karl Gerber, Workplace Lawyer Show broadcast on KABC AM790 with the exception of a few episodes between April 22, 2020 and August 22, 2020 that were broadcast on the internet and featured less comedic, serious content about Los Angeles history or showcases an important new short story by Gerber in honor of the anniversary of the Watts Riots and the unrest during the summer of 2020. There are lots of comics out there, but none of them write their own half hour or hour show every week. Every fourth week through December is a one hour show designed to offend somebody, and restore decency to politcs. This is the freshest, hotest societal and political comedy being broadcast. Get in on it! ⇧ Collapse ⇧ 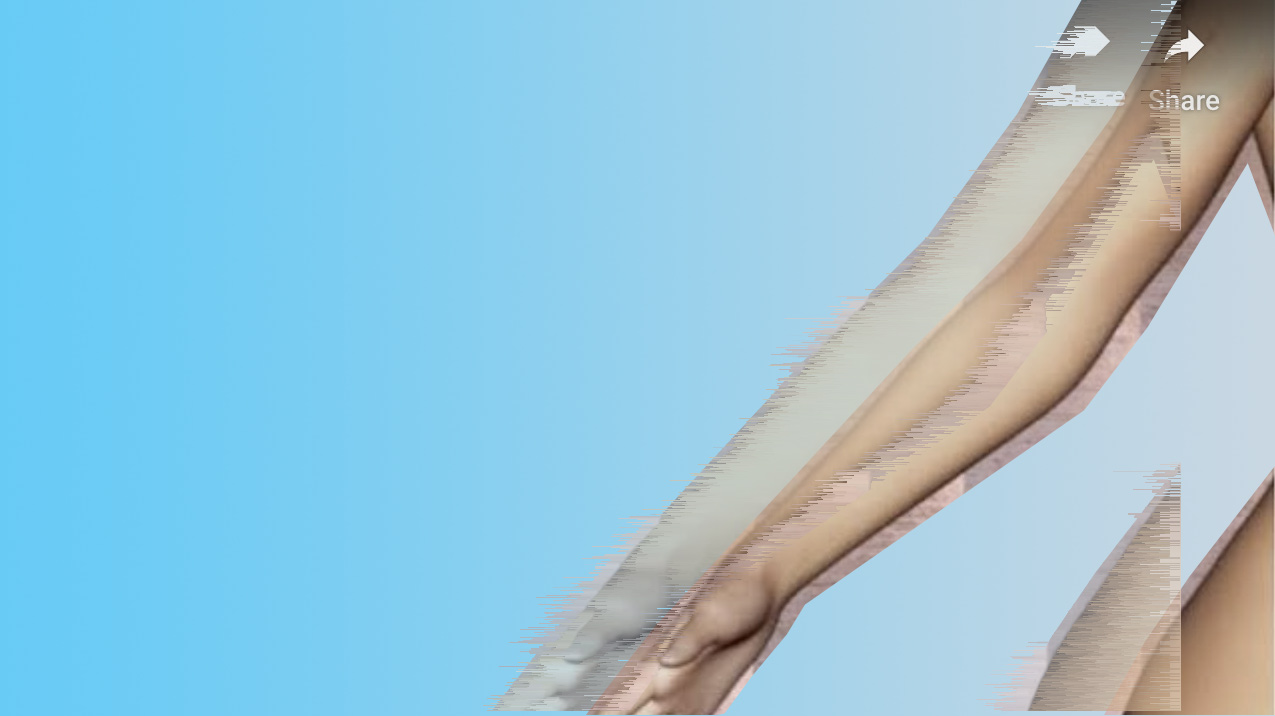 Church member's sexual attraction to buildings causes the Governor and Mayor to Order no in person services for Sun Valley church where Rhemus Helms, The Most Important Man of Sun Valley, California worships. Objectum used to be a lawyer who Karl Gerber, Workplace Lawyer got sanctioned for $114,000 due to her unnecessary objections. She has since developed a sexual obsession towards a Sun Valley church's wood paneling and other architectural features. Rhemus Helms brings her to Gerber's office at midnight. Rhemus Helms decides a psychiatrist should be called from the 1994 East San Fernando Valley telephone book he used to contact Gerber in 1994 when Helms' private part was infringed.

The psychiatrist promptly comes to the office despite Gerber locking the doors because he sensed the man was off. The psychiatrist proceeds to find objectum out on the balcony where Rhemus Helms' guests are permitted to sit on a latrine if they wish during their midnight interviews for this very strange radio show. It turns out the psychiatrist also has an objectum disorder. It becomes apparent Objectum is not about to be cured so as not to give Helms' otherwise wonderful church a bad name. Rhemus Helms decides Objectum and the psychiatrist are too strange for even him (hard to believe). Helms recalls the psychiatrist worked on a blue film with him in 1975, and believed he committed sexual acts on a bridge. Helms' artritis prevents him from leaving the balcony on the ladder, and the ADA accessible elevator does not work. He decides Gerber lacks adequate insurance to lasso Helms' important part in order to get Helms off the balcony with the lunatics. Gerber decides to call Dr. D. so Reverb can get on the phone. Reverb uses her reknown ASMR skills to motivate the psychiatrist and Objectum to go to a bus stop on the other side of the street so they can admire the concrete feet of the bench stop. This is a racy show. Viewer discretion advised. This is Epsiode 114 of the Karl Gerber, Workplace Lawyer Show broadcast on KABC AM790 Los Angeles. This is craziest comedy on air. There are continuing bizarre characters. Tune in at midnight on KABC AM790 or listen to this channel. ⇧ Collapse ⇧ 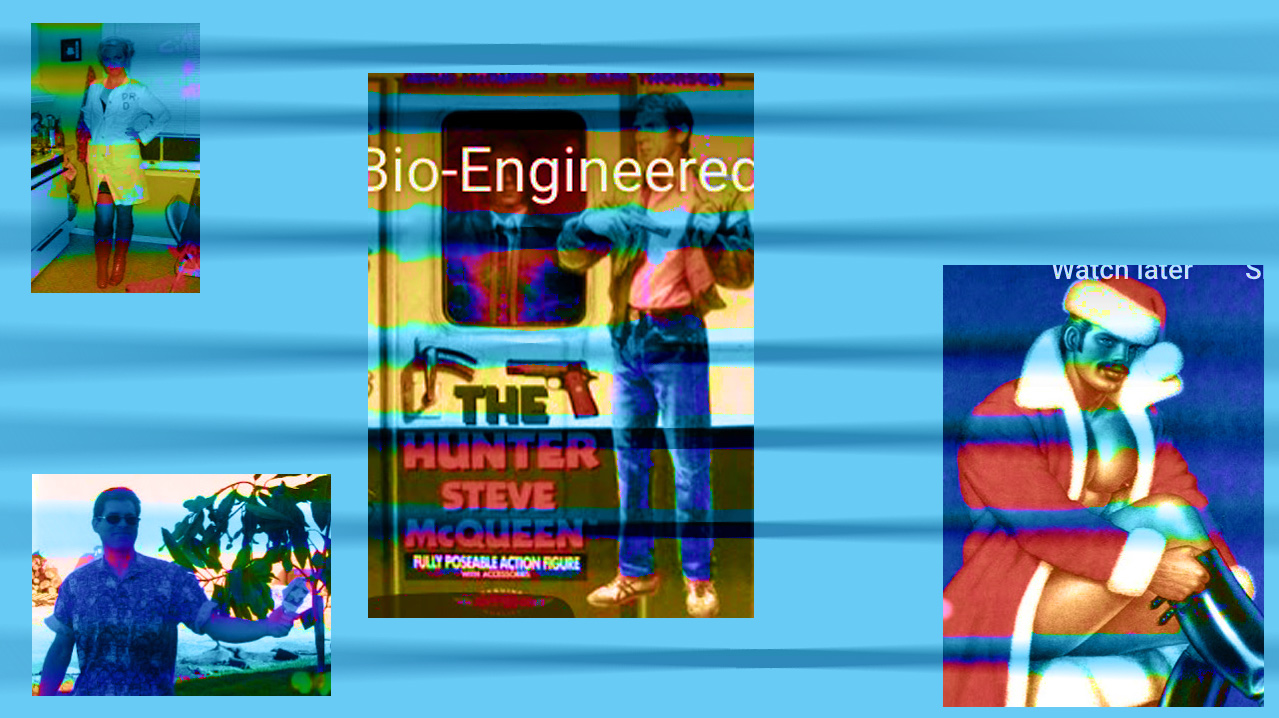 Former adult film star hires a bounty hunter to find the cells Dr. D. used to clone his genital. Rhemus Helms declares he is ready to spend the better part of his fortune to find his genital cells. During the lockdown, and closures, yet another specimen escaped from Dr. D.'s lab. Karl Gerber, Workplace Lawyer declares he will not begin another mission to find such a body part. Rhemus Helms uses a phone book to find a bounty hunter. Gerber questions why anybody would still be around from 1994 in the phonebook Rhemus Helms used to call Karl Gerber, Workplace Lawyer in 1994, when Helms' genital was infringed, only for Gerber to reject the legal representation on the spot. Moreover, who would answer their phone at midnight? Cindy D. drops in before a bounty hunter is called whose picture is Rambo.

Cindy D. tries to turn the call into a phone sex call. Reverb happens to come onto the line and make certain things happen with just her voice. The bounty hunter comes to believe it is really Rhemus Helms calling after he heard Reverb's voice. The bounty hunter impresses Rhemus Helms when he claims he was hired to find a ventriloquist dummy who jumped bounty. This came after a description that bore an uncanny resemblance to The Hunter, Steve McQueen's last movie. Dr. D. also appears in this cast. This is Epsiode 115 of the Karl Gerber, Workplace Lawyer Show broadcast on KABC AM790 Los Angeles September 25, 2020. The storyline continues next week! This is craziest comedy on air. There are continuing bizarre characters. Tune in at midnight on KABC AM790 or listen to this channel. ⇧ Collapse ⇧ 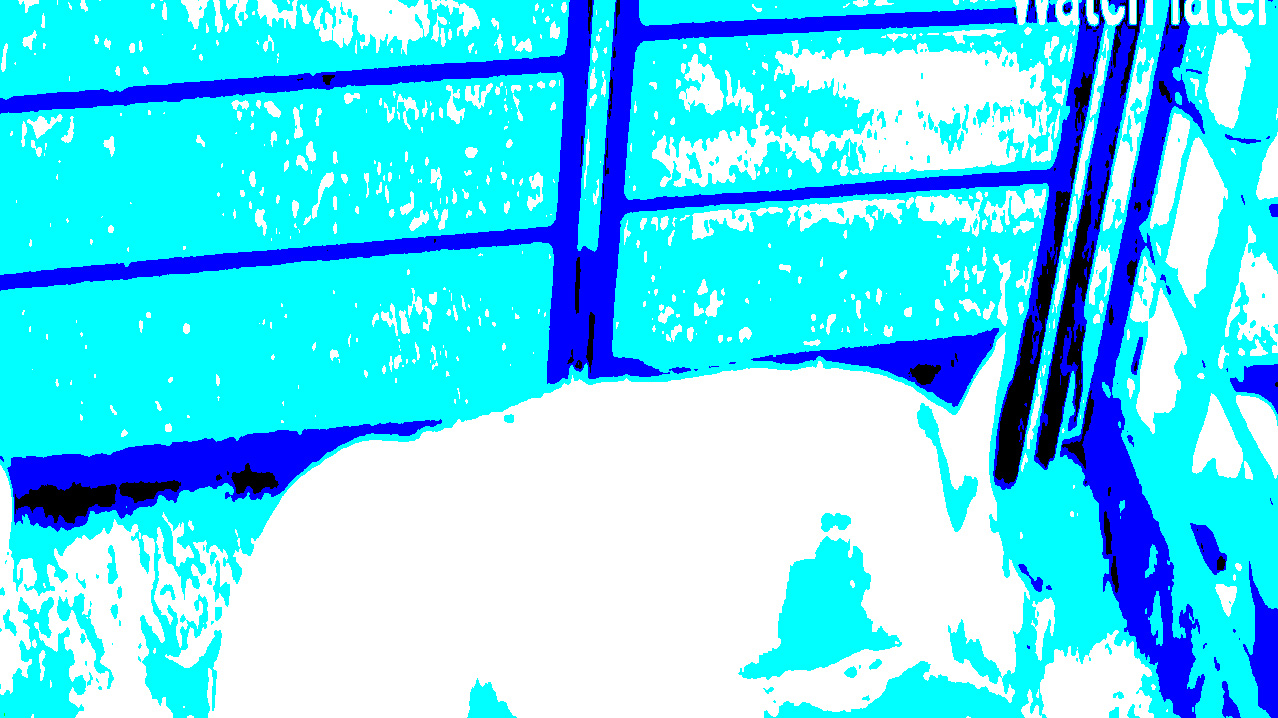 Woman Does Not Accept Presidential Nomination or Wedding Vows

Crazy radio comedy on the latrine at midnight outside a law office. Woman wants representation on a sexual harassment lawsuit involving a man who handed her a check that touched part of her finger nail. She claims she was nominated at the Democratic National Convention to be the Chief Dope Waxer and did not accept the nomination. She did not accept Father Rishi Yodinski's wedding vow, but has been living as his common law wife for 14 years. This is bizarre, over the top, outrageous comedy.

This show is broadcast every Saturday morning at midnight after Friday ends (opposed to something else) on KABC AM790 Los Angeles. This is Episode 113 of the Karl Gerber, Workplace Lawyer Show. This is a 48 minute episode from a 60 minute broadcast like the show as until April 22, 2020 when it came back in August of 2020 as a half hour comedy show. This is hip, it is different, and it's for you if want something different and current This is political and societal commentary at its best. This was broadcast September 12, 2020 at Midnight. ⇧ Collapse ⇧ 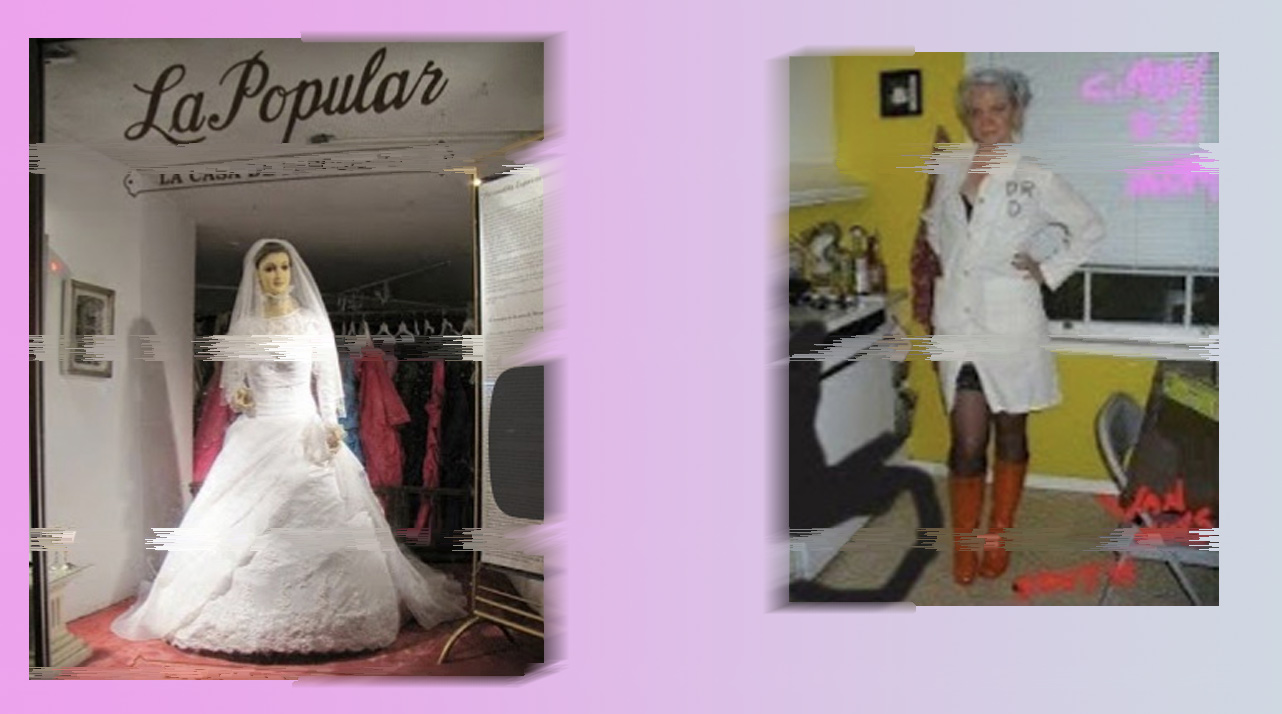 Comedy so outrageous we never use the word. Listeners last week recall the episode about Dr. D. discussing the unattended nature of her genital lab due to Covid. She talked about how a large, overfed unit escaped wrecking havoc from Chatsworth to Sun Valley, California where the Rhemus Helms Cosplay Ostrich Ranch took it in. September 6, 2020, at midnight, Ms. Lopez comes on the show to talk about being a small business owner during the June of 2020 Summer riots in Los Angeles. Karl Gerber, Workplace Lawyer wants her to describe her emotional state as the rioters came closer to the small business she started which happens to be a bridal shop. He reflects on the day the stores around his Sherman Oaks office were boarded up, the rioters were approaching, and he safeguarded the office until 10 at night.

It turns out Ms. Lopez's store was destroyed by something other than the rioters. This is completely over the top, outrageous comedy. This particular show is seemingly normal, other than a few odd things about Ms. Lopez, until the end when it is realized what the invader was. This is Epsiode 112 of the Karl Gerber, Workplace Lawyer Show broadcast on KABC AM790 Los Angeles. This is weekly scripted comedy of the edgiest variety. Never before has there been comedy like this on commercial radio in Los Angeles. There are recurring characters and stories designed to magnify the utter absurdity of modern life and the workplace. ⇧ Collapse ⇧ 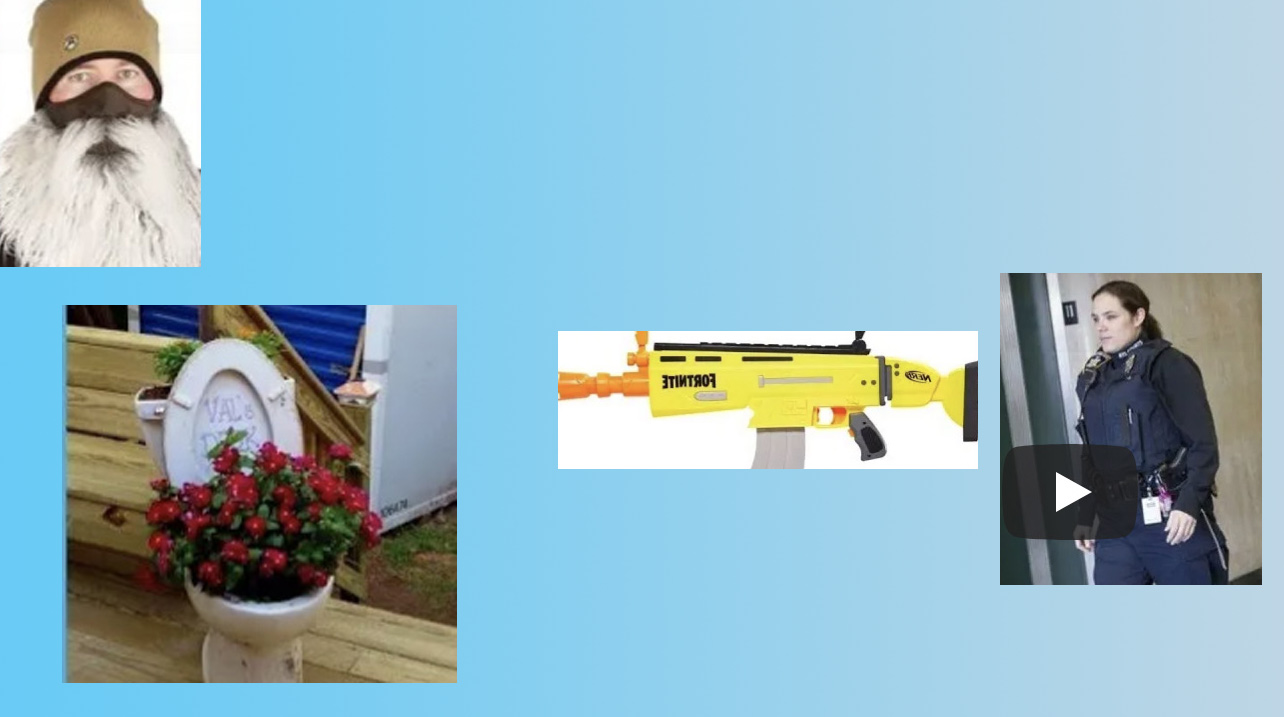 Los Angeles' craziest comedy returns to radio tonight on KABC AM790. A security officer from the Big, Big, Big Boy Big Box Store gets into a fight with a customer for not wearing a face mask. He pelts her with frozen orange jurice cans. She grabs a nerf gun. The cans fell into a cooler during the fight, and he absconds with the merchandise. She jumps in his back of his truck where the frozen orange juice is melting. Eventually she takes off her face mask and assaults the customer. The face mask turns out to be an ever growing berber face mask that is actually nylon designed by the evil Myron Alfombra pronounced Matting, but spelled M'N'M to suffocate the wearer if the itching does not effectively spread the Covid-19.

The new format for the Karl Gerber, Workplace Lawyer Show is pure comedy. Help us knock AM640 off the #1 spot for this time. 12:00 A.M. to 12:30 A.M. through December of 2020 with a one hour show every 4 weeks. We were already censored in our pre-recordings. We promise even more outrageous content than the last three years on Los Angeles radio. New and returning characters. Utterly bizarre, outlandish, and over the top societal and political comedy. All guests referred by Rhemus Helms, THE MOST IMPORTANT MAN OF SUN VALLEY, CALIFORNIA who made his initial penile seed money when his genital was infringed. Tune in on this channel or the radio for hipster radio. There are lots of comics out there, but none of them write their own half hour or hour show every week. Designed to offend somebody, and restore decency to politcs. ⇧ Collapse ⇧